LM.Media is a media production company in Linz, Austria, that successfully uses the YUNEEC H520 with an E90 camera and other Yuneec drones in their video shoots. The LM.Media team consists of a collective of cinematographers, directors, editors, and musicians who have already accomplished jobs worldwide for companies such as Mercedes-Benz, Volkswagen, RedBull, or SportingBet.

LM.Media is working with Yuneec products for several years. Started with the Q500, they also use other Yuneec products like the Typhoon H or Tornado H920. The YUNEEC H520 provides LM.Media with a safe and extremely reliable Hexacopter system with long flight times and a proven and robust technology. Aerial video production requires sharp images, precise movements, and the ability to shoot a retake quickly. The H520 allows a producer to easily pre-plan and save specific shots and flight maneuvers, which can be easily re-loaded for additional takes. You can also re-load and edit a pre-planned shot or flight maneuver plan onsite with the ST16S Ground Station and be flying again within minutes. 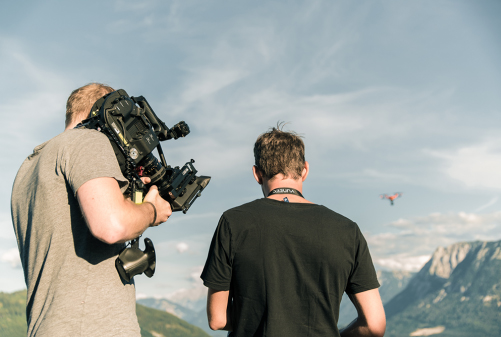 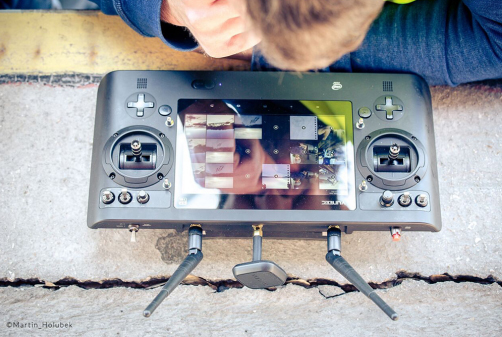 Thanks to the hot-swappable and gimbal-stabilized E90 camera, pin-sharp images from the air are no longer a hindrance to a production company, as the camera can record videos at a resolution of 4K at 60 frames per second. The team mode functionality allows the user to control copter and camera via two remote control systems independently. While the drone pilot continues to take control of the drone, the camera operator can concentrate entirely on the camera angle. This collaboration facilitates the capture of creative images.

Especially the reliability and the low-interference compass of the H520 are valuable features that make it much easier to carry out orders. Andreas Wolfger, LM.Media video producer and drone pilot, says: “With the H520, our work in industrial areas with a high level of electromagnetic pollution is significantly more relaxed because I can count on the Multicopter to execute every command 100% in this terrain.” Additionally, the ST16S remote control can be linked via HDMI to larger output devices, so that the recording is visible to the entire production team.