For those who want to spice up their social media profiles with unique 4K aerial photos or simply capture moments, emotions and memories from an exceptional perspective, Yuneec’s new Mantis G camera drone will soon be available to help. With the foldable and handy 4K quadrocopter, Yuneec enables its users to let their creativity run free – and at an affordable price, no less. 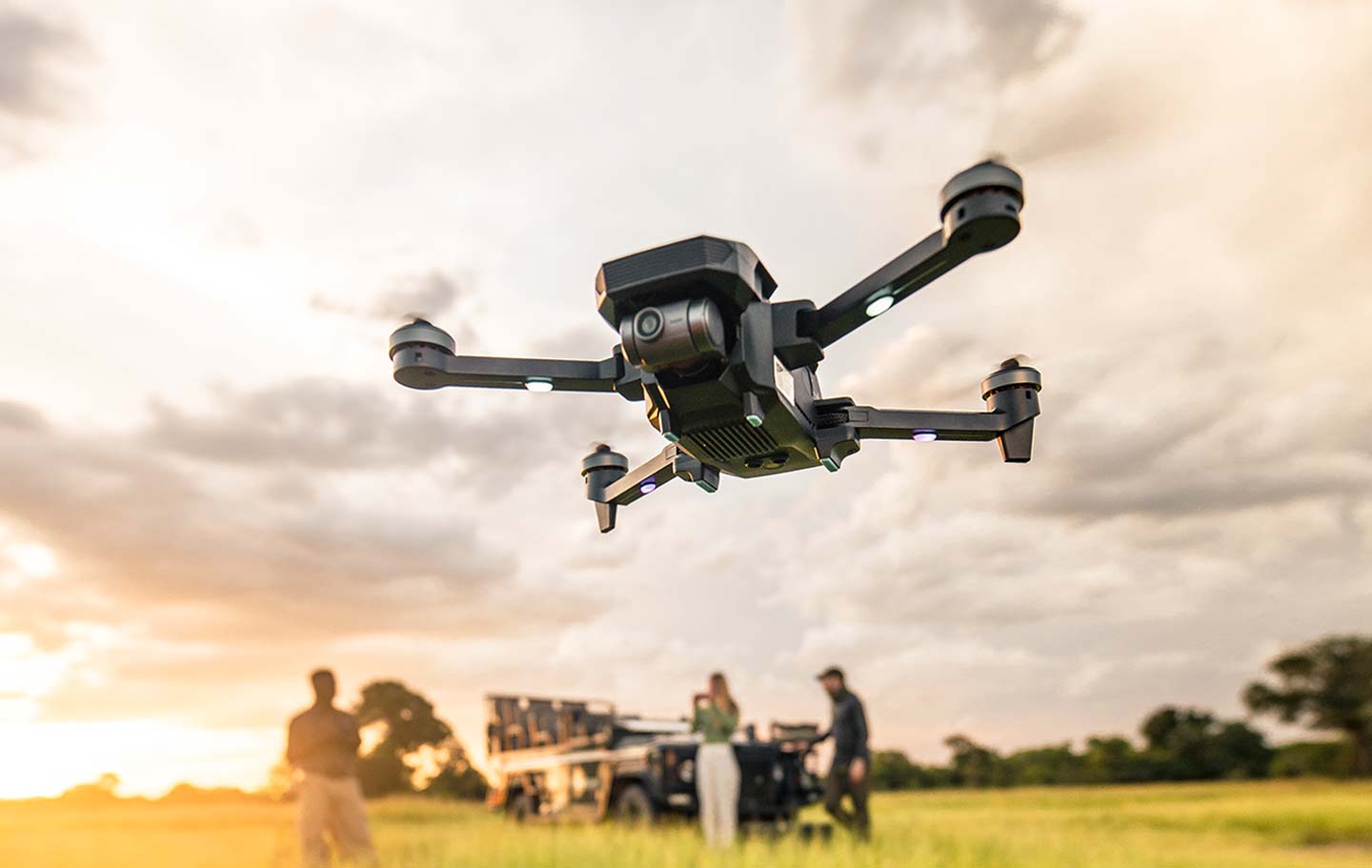 The latest model in the Mantis series features a gimbal-stabilized camera which not only ensures smooth and stable recordings, but also sums up the copter in its name: Mantis G. The integrated camera can record videos in up to 4K and take photos with a resolution of 13 megapixels. When folded, the Mantis G becomes downright handy. Combined with its low weight, it makes for an ideal everyday companion – both at home and while traveling.

The light copter is controlled in a very simple and intuitive manner via your own smartphone in connection with a controller that is included in the package. But if you prefer, the hand-sized copter will also respond to voice commands. Not only a modified antenna design and redundant frequencies (2.4 and 5 GHz), but also the newly implemented Smart Streaming feature ensure stable communication and signal transmission between the copter and controller.

The Mantis G is equipped with numerous practical features so that users can give free rein to their creativity and sense of discovery. These include the intelligent Smart Shot camera flights, which are triggered at the touch of a button and activate predefined modes. They are especially suitable for inexperienced pilots and enable even beginners to take great pictures quickly. Another special feature of the Mantis G is the Waypoint Mode. Here, the pilot can define an exact flight route based on a map using individual waypoints. Here’s what else is on board: A practical Visual Tracking function. It ensure that the Mantis G follows you everywhere. If, on the other hand, you prefer to fly completely free or want to fly at high speeds of up to 72 km/h, you can easily do so by utilizing the Mantis G’s different flight modes.

With a maximum flight time of 33 minutes per battery charge, there’s plenty of time to discover the world from a new perspective. If the battery charge is nearing its end, the Mantis G can easily be brought back to the starting point using the “Return Home” feature. Alternatively, the pilot can also locate their drone at any time. This feature is called Find the drone. It displays the drone’s GPS signal on a map and makes it easier to find it after landing.

The Mantis G will be available in stores starting in late September and will be delivered in the following standard package: Mantis G, remote control, one battery, two sets of spare rotor blades, one charger and a USB cable (699 euros RRP).