Yuneec currently works with a wide range of customers. One in particular is Alexander Mohr. Alexander is a Helicopter and Drone operator who provides air support for Animal Rescues and Hunting operations with the purpose of preventing damage caused by game, saving lives organise hunts. Alexander uses the Yuneec H520 and E10T thermal-imaging camera to identify different types of animals.

In the early summer Alexander and his team are identifying and rescuing Fawns which are hiding amongst the tall grass in the meadows. In the first weeks of their lives young Fawns are not scared by the noise of the harvester and therefore don’t scatter and run away. They simply crouch down close to the ground to protect themselves and hide from danger. Using the H520 Alexander Mohr can fly over the meadow to look for hiding Fawns in the shortest possible time. In 2019 Alexander and his team were able to save the lives of over 150 Fawns. 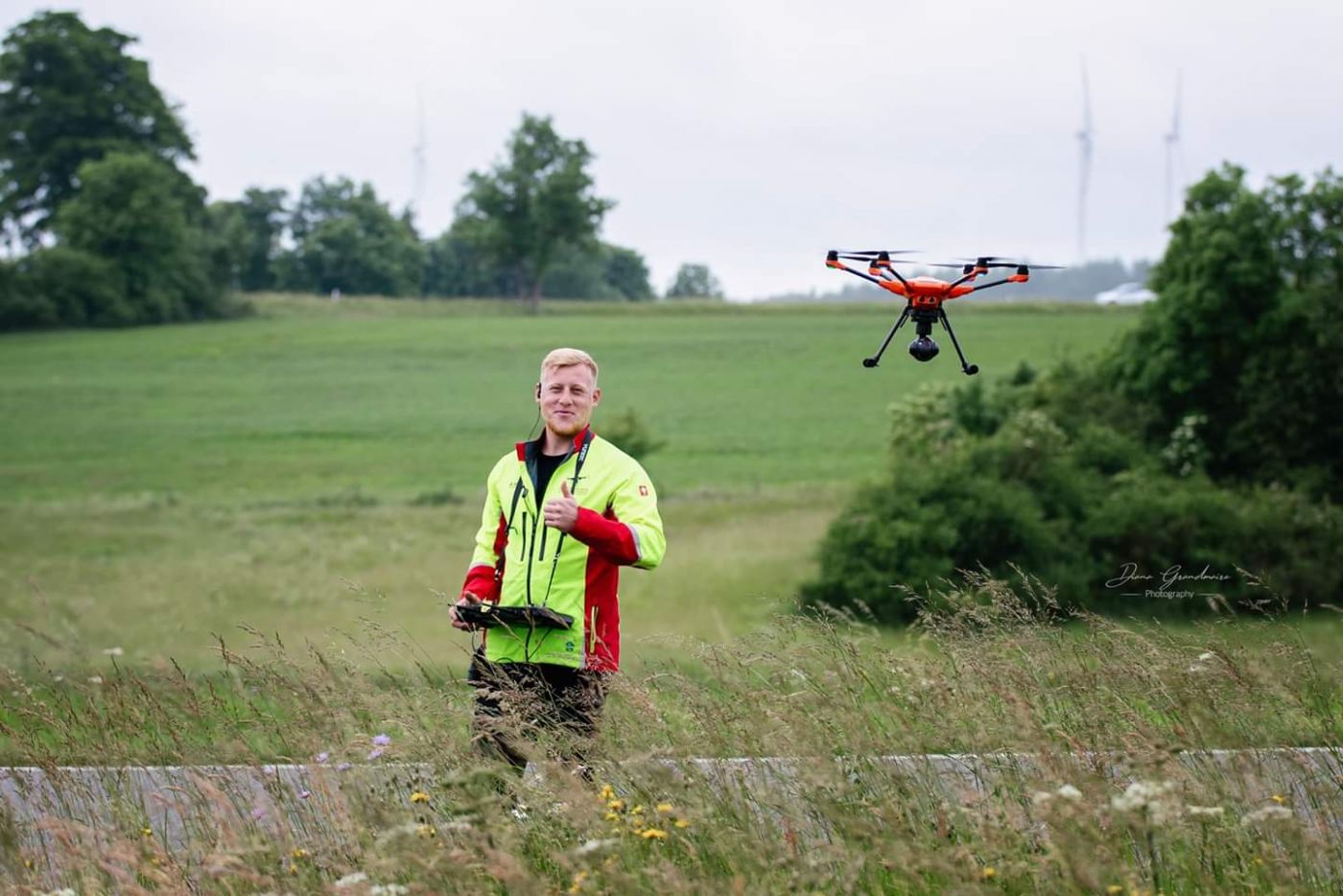 A view from above gives hunters a completely new perspective on the familiar hunting ground. Game damage can be found more quickly with modern air support, and also be recorded and measured in detail. Large areas can be examined with the drone in a very short time, whereas previously a clear documentation of the damage was not possible or only possible with a helicopter. Alexander Mohr’s goal is to preserve the hunting traditions, but at the same time to establish new opportunities such as reducing game damage by using a drone.

Drones can be a great help in everyday hunting operations. With the help of a drone, it is possible to determine which areas the animals are located before the hunt starts. This avoids unnecessary time wasting in the field. “We want to keep the stress for the animals as low as possible”, says Mohr. His team uses the YUNEEC H520 to determine whether there is ‘game’ in the thicket and uses dogs to get it moving. All participants are connected via radio and are coordinated from the air.