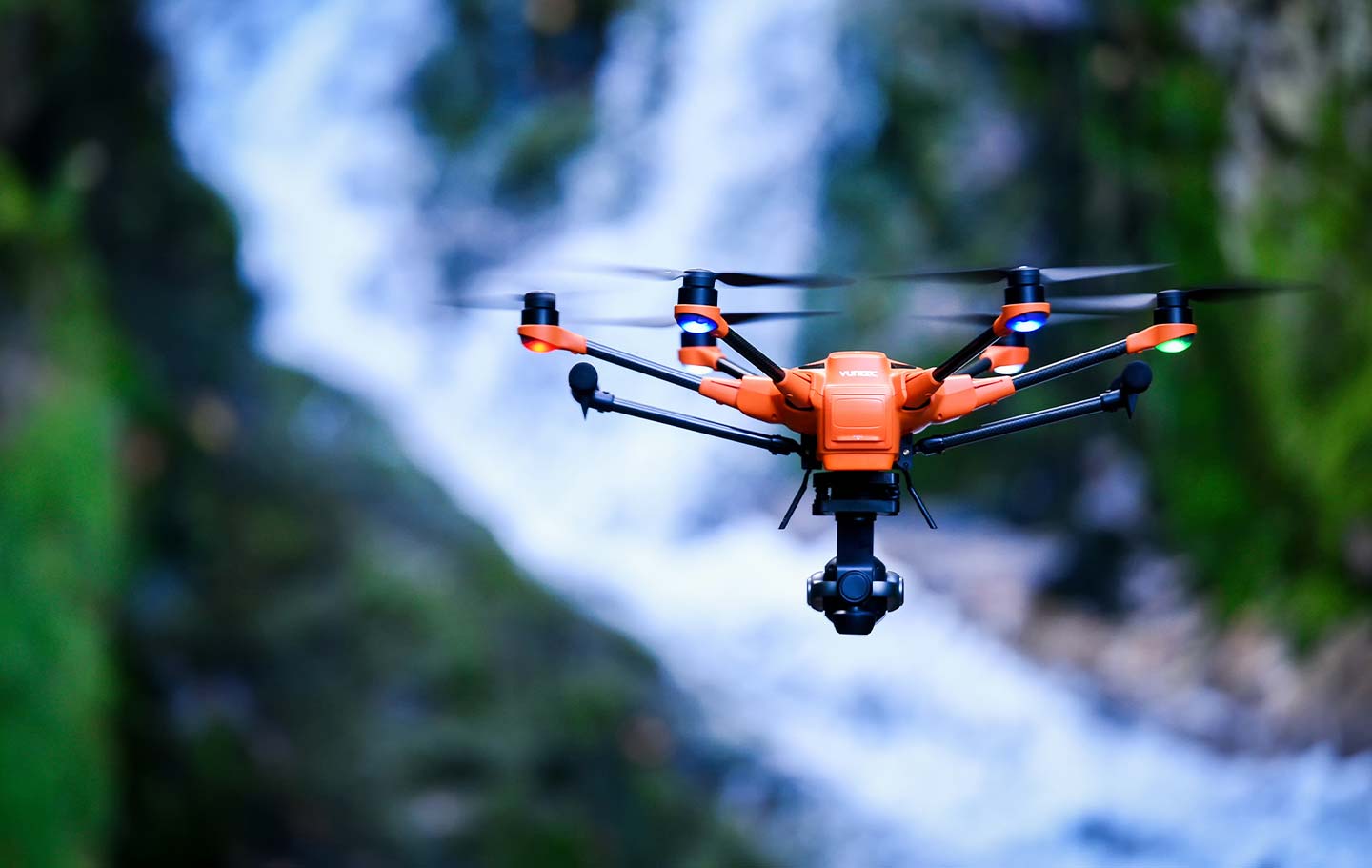 The Frankfurt-based company Droniq has entered into an exclusive cooperation with the drone manufacturer Yuneec. Yuneec’s H520 drones can be retrofitted with Droniq’s “HOD4track” from October 2020. This module enables tracking of the aircraft via LTE and its display in Droniq’s UAS Traffic Management System (UTM). The device, which has been specially manufactured for all H520 models, can be obtained directly from Yuneec.

The drone manufacturer Yuneec has specialised in the production of multicopters for professional applications – several thousand Yuneec drones are currently in use in Germany, 50% of which are the “H520” model. Due to its robustness, this drone is mainly used for official and commercial flights. Fire brigades use the aircraft as a flying eye to quickly identify sources of fire. The H520 has also proven itself for inspection and surveying work. Droniq stands for the safe integration of unmanned aircraft into German airspace. For this purpose, the joint venture of DFS Deutsche Flugsicherung GmbH and Deutsche Telekom AG has developed a traffic management system for UAS (UTM). With this system, UAS pilots can plan their flight and validate it against possible no-fly zones. During the flight, the live air situation shows the position of the drone and manned air traffic in the vicinity. To locate the drone, the so-called “HOD4track” (Hook-on-device) must be attached to the aircraft. Every second, the track transmits its position and the position data of nearby air traffic to the UTM via mobile radio. “The use of UTM and HOD4track is an essential prerequisite for drone flights over long distances. The remote pilot has an overview of the traffic situation around his drone at all times and can react quickly,” says Jan-Eric Putze, CEO of Droniq.

“HOD4track” as a perfectly fitting module for Yuneec H520

The first goal of the cooperation between Yuneec and Droniq is to equip all H520s in service in Germany with a tracking module via mobile network to enable missions beyond the visual line of sight (BVLOS). For this purpose, a special housing for HOD4track was developed that fits exactly underneath each H520. “UAS pilots can retrofit their UAS in a few simple steps, the module is precisely installed and quickly ready for use,” says Marcel de Graaf, Sales Director Europe at Yuneec. The module will be available directly from Yuneec from October 2020.

Creation of a European technology standard

The second objective of the cooperation is the development of a next-generation “HOD4track” manufacturer’s version of the H520, which is fully integrated into the drone. “We are united by the goal of safely integrating drones into European airspace using mobile radio technology and thus setting a European technology standard for the visualisation of drones”, says Jan-Eric Putze. He added that Yuneec is the central manufacturer of UAS, particularly in the commercial and governmental environment, and that the aircraft have proven themselves in this field of application due to their technical characteristics. “As a globally active manufacturer, we have a great interest in international standards. With Droniq we have the right partner for a European implementation of the mobile network standard for tracking drones”, emphasises Marcel de Graaf.

The H520 is designed for inspection, law enforcement, security, construction, surveying and mapping applications and can be equipped with various camera systems. The 6-rotor system enables precise flight even in wind and turbulence, ensuring that the H520 continues to fly safely even if one of the rotors should fail. The extremely energy-efficient motor management system, together with the rotors, ensures exceptionally quiet operation and, depending on the payload, takes up to 28 minutes from a HV battery.

The HOD4track is a device for the transmission of own position data for UAS and other aircraft (e.g. helicopters). It contains an LTE modem and a SIM card. The device transmits its current GNSS position via mobile network to the UAS Traffic Management (UTM) system of DFS. The device is capable of receiving FLARM and ADS-B from surrounding air traffic and sending this data additionally to its own position to the UTM system. The UAS operator receives the UAS own position and the position data of other relevant air traffic in the vicinity via the web based UTM tracker. At the same time, the HOD4track transmits its position via FLARM (flight alarm). In this way, the aircraft also becomes visible to other airspace users in the vicinity who use FLARM. The HOD4track and the associated antennas can be mounted precisely on the H520 using a special housing. 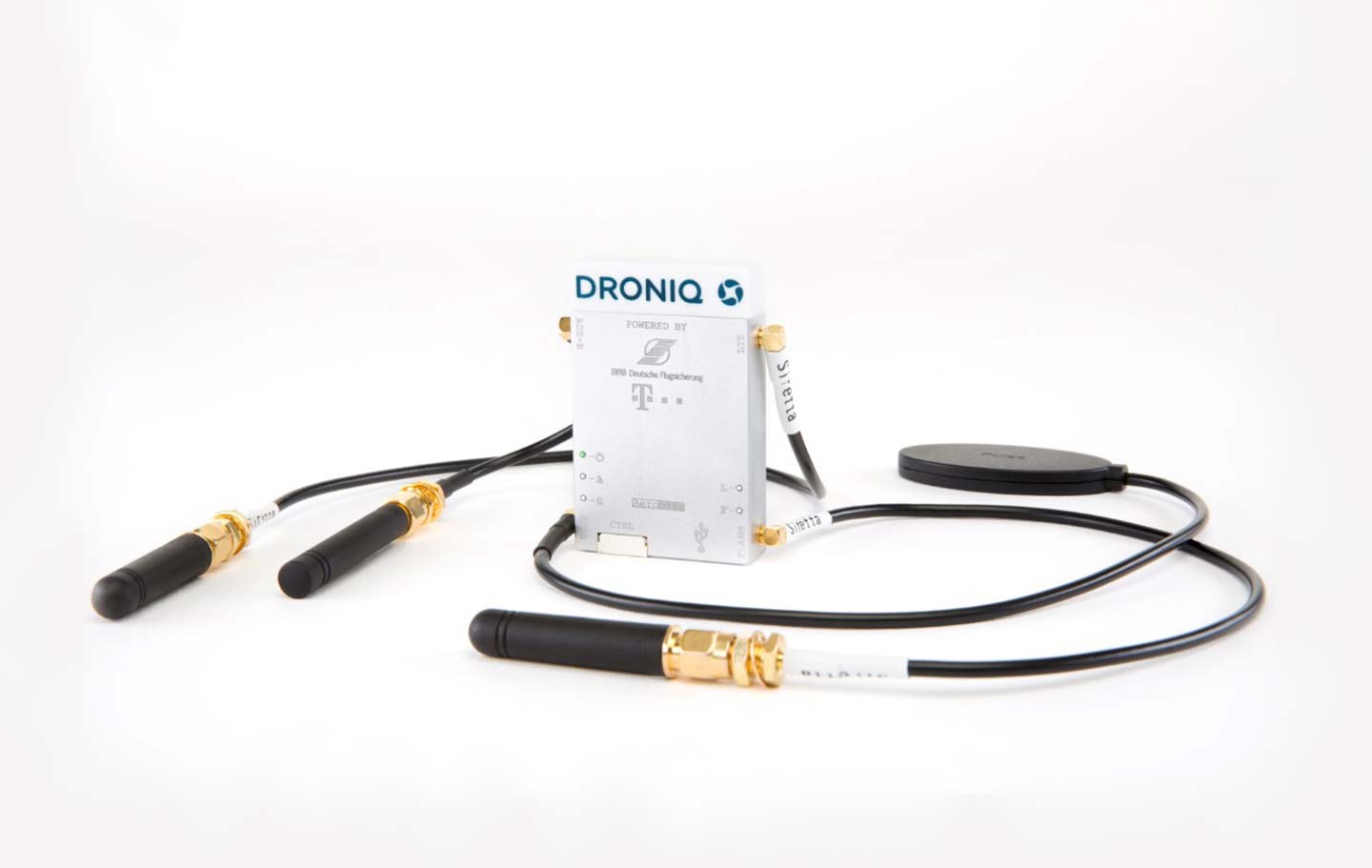 Droniq GmbH is headquartered in Frankfurt am Main, Germany, and is a joint venture between DFS Deutsche Flugsicherung GmbH (DFS) and Deutsche Telekom AG. The object of the company is the provision, distribution and marketing of services for drones and other aircraft in Europe. DFS holds a stake of 51 percent through its subsidiary DFS International Business Services GmbH, while Deutsche Telekom holds a stake of 49 percent through Telekom Innovation Pool GmbH.

At the beginning of Yuneec’s history, the aim was to promote innovation and accessibility in the aircraft industry. Yuneec has been pushing the boundaries of electronic aviation technology for over 15 years – from the first commercially successful remote-controlled “Ready To Fly” fixed-wing aircraft to groundbreaking electric aircraft and the new generation of hexacopters with video cameras.