Over the past few years, technology has disrupted industries that had been relatively consistent for decades prior. That is nowhere more clear than in the construction industry, where drones have given commercial and residential construction managers the ability to increase their efficiency, save money, and improve their projects. 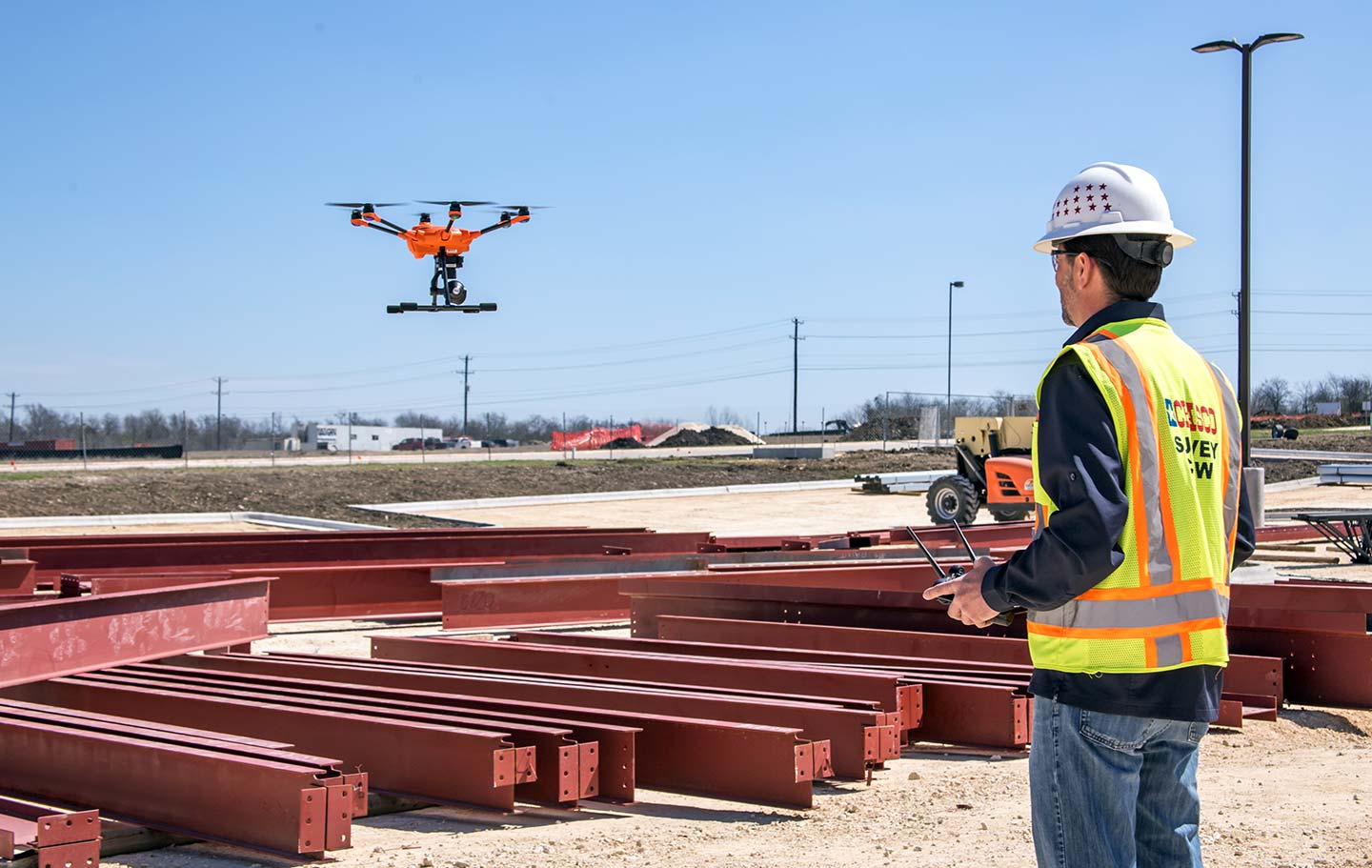 In fact, a 2016 Goldman Sachs report found the construction industry to be the fastest-growing commercial sector taking advantage of this technology. By 2021, estimates show a global investment of more than $11 billion in drones used during the construction process alone. This is despite continued regulatory uncertainty in major economies like the United States.

A general increase in investment of this technology, of course, is directly connected to the various ways in which it can help projects get completed on time and on budget. Consider these five ways in which drones are now used to improve and enhance construction projects across the spectrum.

Any construction project has to begin with a land survey, and most project managers know the complications and expenses that come with this step. Traditionally, a survey of the land requires expensive equipment, along with a crew of professionals who evaluate the area through a predetermined grid.

Drones can make that process more efficient. Overhead footage allows not just for a better idea of the surface, but the surrounding areas as well. Survey teams can equip the aircraft with sensors ranging from infrared to geo-location. Data collection is made simple, saving both time and money in the process. In fact, one survey for a 61-acre hospital project in Florida resulted in an estimated 75 percent time savings when a drone was used.

The benefits of drones in surveying range beyond efficiency. Because of their small size, unmanned aircraft are able to get into small and difficult to reach spaces of the accessible site. As a result, construction managers will be able to get a clear picture of the site in question before any of the leveling and site preparation has to take place.

In this process, and thanks to their sensors, drones collect more than images; as one industry professional put it:

“When people think of the types of deliverables offered with drones, they tend to imagine the relatively basic, but really cool pictures and videos, such as the construction progress updates of Apple’s new campus on YouTube. But that’s just the low-hanging fruit: The data goes way beyond that.”

BIM models, for instance, can more easily include GIS mapping, which helps project managers and engineers understand the surface and underlying geography through cartographic mapping. The Global Institute of Technology further explains the advantage of drones in the modeling process:
“ In conventional point cloud methods, there are possibilities of uneven topography due to certain occlusions in the line of sight, but the bird’s eye vision advantage of drones ensures generation of data across an entire region with the identical consistency in accuracy and density and this data can even be used to create a Building Information Model (BIM) which clearly shows exactly how our building is going to look after the whole construction process is done, which is very beneficial from the designer’s point of view. ”

Using initial and continual data collected by drones, construction entities can save significant time and, as a result, money. Research has shown these benefits to be not just theoretical. The improvement in speed and accuracy of data collection when building and updating BIM models can result in billions of savings depending on the size of the project.

As a construction project develops, continual monitoring is key to success. Without it, small errors can lead to major cost increases and time delays. This type of monitoring can be difficult and expensive, but drones have been able to streamline the process.

First, job site monitoring via drone can improve consistency. AIM Construction has begun to use Yuneec H520 drones to provide regular inputs into their BIM system as well as monitoring their individual processes. The goal is to prioritize lean construction, eliminating redundant or unnecessary job tasks. To get to that point, consistency is key:

“DataPilot allows Brian and his team to store missions on a computer or the Ground Station Controller. This means every mission is flown exactly the same as the previous mission, allowing comparable, overlaid results that quickly demonstrate progress in the construction environment. This allows the monitoring process to be much faster, consistent, and efficient.”

Through this automated, standardized process, AIM has been able to more easily identify errors. This process, in turn, saves valuable construction and correction time, while also improving client and construction company confidence in the process and outcome. Any planning and execution efforts can be based on reliable data, improving the entirety of the monitoring process.

Internal monitoring is undoubtedly crucial to the success and completion of any construction project. Reporting that progress to clients matters almost as much. Your clients may not have the ability to visit the job site on a regular basis. The more remote their progress reports can be, the better.

Increasingly, construction companies are using drone to enhance their progress reporting to clients. That’s because, as DroneThusiast points out:

“When clients stay away from the job site and cannot afford to come to the site again & again & your current pictures are just not doing justice, drones can be an inventive way to show clients the progress of building, renovation, or inspection.”

These types of reports are also helpful for other stakeholders, such as architects or engineers. The more they know about the progress of construction, and the more details they have, the more easily they can complete their planning and drafting efforts to move the project forward.

Finally, drones have an undeniable advantage in improving inspections during the course of as well as after the construction project is complete. Any project has to adhere to federal, state, and local codes along with client expectations. Simply equipping a drone with a camera can help you more easily document the safety and compliance of your project.

Traditionally, these inspects can become dangerous if they involve personnel in difficult-to-reach area. With drones, they don’t have to be. In fact, one recent research study showed that substituting drones for inspection personnel can both increase safety and significantly decrease costs.

Given these quantitative and qualitative advantages, it’s no surprise that one outlook forecast projects drone use in construction inspections to rise exponentially over the next ten years. The report highlights as the major reason the increased ability “to provide emergency response and inspect damaged roofs, collapsed buildings, and other difficult to reach places.”

The Future Of Drones In Construction

Of course, these are just a few of the many ways in which drones have enhanced the construction surveying, modeling, and inspection process. Other entities are using footage from unmanned aircraft to increase the attractiveness of their bids, and enhance their marketing efforts. Yet others monitor worker productivity in increasingly non-intrusive ways.

No matter the individual use, one thing is clear: the use of drones in this industry will only increase. Already, construction companies across the globe are realizing significant cost and quality improvements as a result of this technology. As it becomes more affordable and tightly connected to the construction sector, even smaller construction firms will be able to take advantage of these benefits to improve their projects.

YUNEEC offers with the H520 Hexacopter a reliable and flexible system for commercial use.