The E30Z/X for the YUNEEC H520/520E Hexacopter is a powerful 30x zoom drone camera and makes it easy to zoom in on distant objects to gain valuable details. The compact camera housing contains a 1/2.8″ CMOS sensor, which provides high-quality and stabilized recordings even in low light conditions. In addition to the 30x optical zoom, the camera offers a 6x digital zoom for flexible application options such as inspection, search and rescue operations, monitoring, people search, and much more. 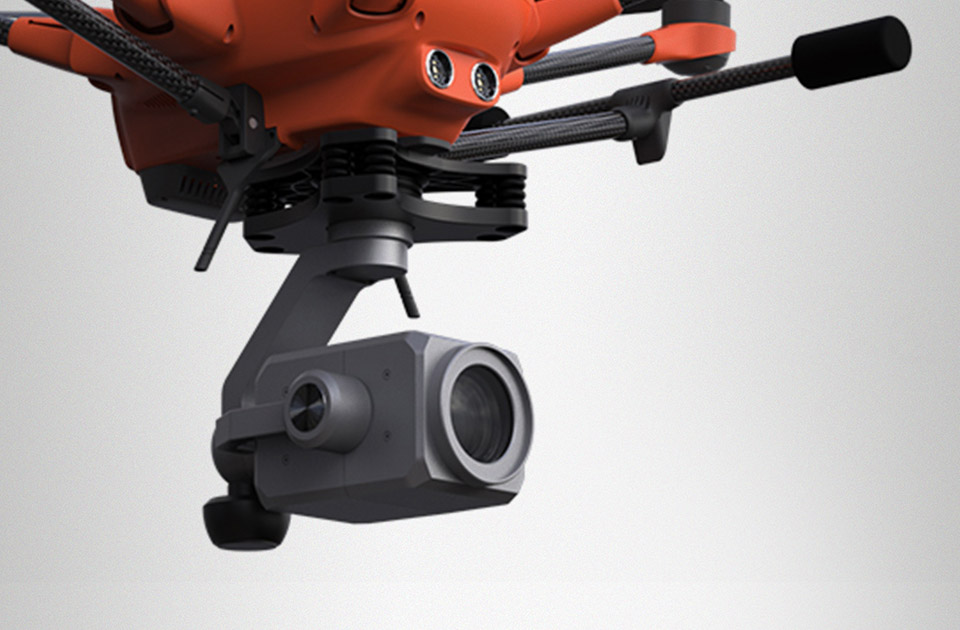 The YUNEEC E30Z/X comes equipped with a 30x optical zoom, which can be further enhanced by 6x digital zoom. The maximum zoom speed from wide-angle to tele is just 2.55 seconds, enabling you to capture important information in a short amount of time even from a distance. Specific camera settings such as photography modes or white balance can be adjusted using the ST16S controller’s integrated touch screen. The focusing of the camera is done automatically via autofocus. 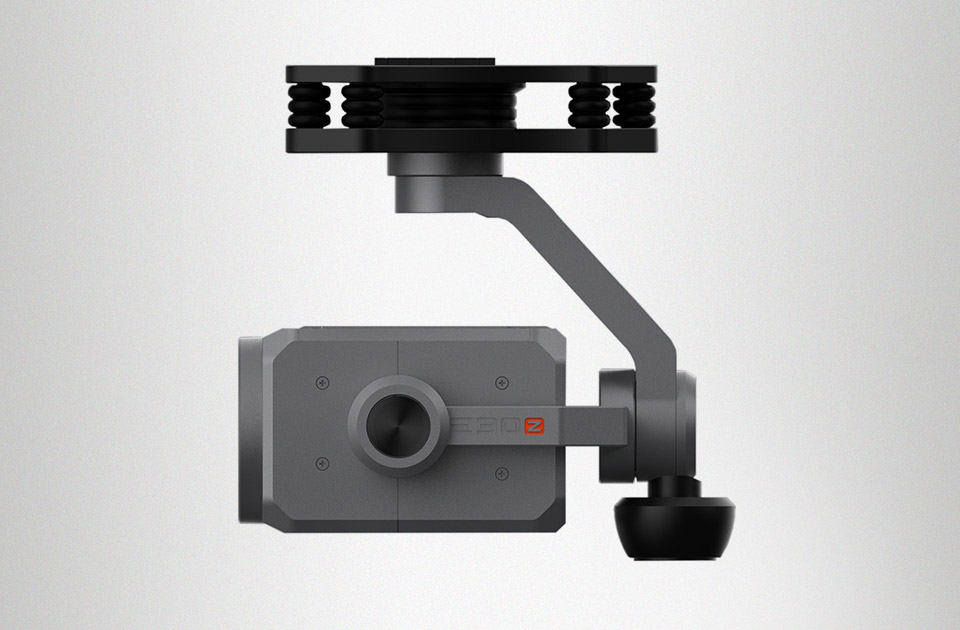 When using the zoom function of the E30Z/X, the stabilization of the camera plays a particularly important role. The integrated 3-axis gimbal automatically compensates slight gusts of wind and drone movements. It works with ± 0.02° accuracy and produces not only smooth video recordings but also incredibly sharp photos. The 360° rotation of the gimbal, with the landing gear of the drone retracted, provides an unrestricted panoramic view.

Application possibilities with the YUNEEC H520

In combination with the YUNEEC H520 Hexacopter, the E30Z is suitable for a variety of applications. Thanks to the powerful zoom function, the smallest details can be recognized from a safe distance without having to get too close to the object. The user has full access to all the features of the H520 and pre-installed DataPilot™ software. Thanks to its modular design, the drone can also be equipped with other cameras such as a thermal imaging camera, so the user always remains flexible with its H520.